A major Cabinet reshuffle took place in the Modi Government.

The Central government is headed by NDA, which is an alliance of BJP. Since 2019, they are in power. Now Narendra Modi did a cabinet reshuffle of his cabinet. 43 ministers took oath, in which there were 36 new ministers. Home Minister Amit Shah, Finance Minister Nirmala Sitharaman, External Affairs Minister Subramanyam Jaishankar and Defence Minister Rajnath Singh retained their posts. Ravi Shankar Prasad, Prakash Javadekar, Santosh Gangwar were made to step down. There were new faces like Ashwini Vaishnaw as Railway Minister, Minister of Electronics & IT, and communications. Anurag Thakur as Youth Affairs Minister. 7 new women in cabinet.

36 new ministers have been brought in and many prominent ministers had to hand in their resignations. It’s said that the Modi Government had to face a lot of criticism regarding Covid and economy-related issues, and that’s why they undertook this reshuffling.

Their non-performing assets, i.e. their non-performing ministers were shown the way out. Again, several people call this decision visionary and a masterstroke.Like the other decisions of the Modi Government.Come, in this blog, let’s find the truth behind it.

Dr Harshvardhan, who was our Health Minister, has now resigned. If you don’t remember, he is the same person who launched Coronil with Baba Ramdev.Opposition leaders, like the Congress leaders, say that with his resignation now, it means that the Modi Government has admitted their failure. That they failed miserably in managing the pandemic.On the other hand, some Congress leaders also say that if the Government’s decisions go right, then the credit for it always goes to the PM. But if anything goes wrong, the Ministers is blamed always. That’s why Dr Harshvardhan was made to resign.To protect the image of the PM.

The second major resignation is of the Environment Minister, Prakash Javadekar. During his term, the controversial EIA Draft Notification, 2020 was presented. About how this new notification takes away people’s power to complain. If any environmental law is being violated.On top of it, there even were provisions that if any project does not get environmental clearance, it can still get a post-facto clearance. That is, it can get clearance after the project is completed.

The third major resignation was of the Education Minister Ramesh Pokhriyal. During his tenure, the NEP, New Education Policy of the government came into force. Which I had praised because in my opinion. it was a major achievement, a laudable step. I don’t know why despite such an achievement, he was made to resign.But now, Dharmendra Pradhan will replace him as the new Education Minister.

Fourth, our famous IT and Law Minister, Ravi Shankar Prasad had to resign.There was much controversy related to him and Twitter in the past few weeks. And in that video, I had very casually said that one person is being burdened by three major Ministries. How is he expected to handle them all? And now, he had to lose all three Ministries.

I wish I had said something similar about the Finance Ministry too in that video. Because there has been no change in the Finance Ministry, friends. Many people who start the argument that non-performing Ministers have been driven out by this Government, and that’s why there’s this reshuffling,

On the other hand, people also question that if it were true, then why wasn’t the Finance Minister replaced? Why wasn’t she asked to resign? Because the condition of the economy is the worst nowadays.

Nirmala Sitharaman will continue in the post of Finance Minister. At a time when the GDP growth of the country is negative. And when she is asked questions about it, then she gives informative statements such as it is ‘an act of God.’ Once she was asked about the rising prices of onions.

On onion price inflation, then she had answered that .”I wouldn’t know cause I don’t eat them.’

“I don’t eat onions anyways.” But, anyway, I am still hoping that she will, one day, bring about India’s $5 Trillion Economy. Apart from this, there has been no change in three other major ministries.The Home Minister, the Defence Minister and the External Affairs Minister are unchanged.

Our External Affairs Minister, Jaishankar’s performance was also quite unforgettable.The way he had bravely fought against a tweet by Rihanna.And our Defence Minister,when there was the border issue with China, he had told us and explained in detail how there were no intelligence failures then. Our pliable media had then blamed the army, instead of the Government.

‘All the political parties need to understand that this isn’t a situation that’s over.Neither are you asking questions after it’s over.Asking how the Chinese army entered our lands catching us unaware is not a question for the Government.

You’re questioning the Army.Because patrolling is the Army’s duty not the Government’s.” And what can be said about our Home Minister Amit Shah? You’d already know that Amit Shah controls the Delhi Police, And all of us know how hard Delhi Police has worked to stop violence, for the past few years.

There was violence against university students at JNU. It also happened to students of Jamia .There were the Delhi Riots and the violence on Red Fort.The Delhi Police were very hard-working.They did their best to stop the violence at these places.And because Amit Shah is also such a hard-working person,he has been awarded another ministry-Ministry of Cooperation.

Anyway, moving forward with Nitin Gadkari as Minister of Road, Transport and Highways,has been retained.And I believe it is a good decision because he had genuinely worked well for the development of roads and highways.So doing this makes sense.

The Minister of Minority Affairs, Mukhtar Abbas Naqvi will also continue. Piyush Goyal is another minister like Nitin Gadkari, who is believed to have worked really well in the last few years for the development of Railways.But now, the Railways portfolio will not be with him.Although he will retain the other two ministries that he had.Ministry of Commerce and Industry.And the Ministry of Consumer Affairs, Food and Public Distribution.

The post of the Minister of Railways and IT has been given to a new face.His name is Ashwini Vaishnav.He is a highly qualified person.He studied M.Tech from IIT Kanpur.After that, he studied MBA. He achieved All India Rank 27 in the IAS exam. He was, apparently, the Vice-President of Siemens. So he is very qualified. Probably one of the most educated and most qualified Ministers in the new Cabinet.

Talking about the other new faces, Scindia who used to be in Congress earlier, and now is in the BJP.He is now the Civil Aviation Minister. The same ministry that was responsible for banning Kunal Kamra from Airlines. The new Health Minister of the country will be Mansukh Mandaviya.Another new face. And on the very first day, he was heavily trolled on Twitter.People retweeted his old tweets.And he had written such tweets.

“Mahatma gandhiji is our nation of father”

“Tray and tray will be success .”

But the chances seem very low that he’ll be able to be a capable Health Minister. Because he doesn’t have much experience or qualification in this field. It’s not like he used to be a doctor. Apparently, according to Wikipedia, he has an MA in Political Science. But what I believe to genuinely be good news is that the women’s representation has been increased in the new Cabinet.

Earlier there were only four female ministers. Now seven new woman ministers have come in. So in total, there are 11 women Ministers in this Cabinet. Which is quite good compared to earlier.

Overall friends, there are now 77 Ministers in the Cabinet. When Modi ji became the Prime Minister for the first time in 2014, then there were only 43 ministers in his Cabinet. Then he had used the slogan ‘Maximum Governance, Minimum Government’ Implying that he believes in a small government. So that the efficiency can be increased and corruption is reduced. But now after 7 years, this number has almost doubled from 43 to 77. That’s why people criticize this point asking what happened to his promise of ‘Minimum Government’. Political experts say that the actual reason behind increasing the number of ministers is the upcoming State Elections.

The image of the government has worsened a lot because of the pandemic and economic crisis. That’s why they’re trying to soothe the MPs and MLAs of all the areas by making them Ministers, so that everyone can be accommodated all the parties with alliances can be accommodated, so that there is no infighting in the Party.

Since there are elections in Uttar Pradesh next year, this is believed to be the reason why there are 6-7 new ministers from Uttar Pradesh. Another major point of criticism is that many people believe that it doesn’t matter who is the Cabinet Minister.

The old Cabinet or the new.

Because in this government, the decisions are mostly from the PMO. Many people have criticized the Modi government regarding this point, that this entire government and the entire country is now run by only two people. Amit Shah and Narendra Modi. Like Shatrughan Sinha had said that the Modi Government is a one-man show and the BJP is a two-man party. Other than this, economist Abhijit Banerjee had also said that the PMO interference has to stop.

If we want to take the country on the path towards economic growth, then it is not right to have the PMO micromanage everything. Raghuram Rajan had also said that the Indian economy is vast and the PMO cannot manage the entire country.

Today, this same accusation is levelled by many people that any decision, be it related to the environment or farmers’ protest or the economy,All the decisions are actually made by the Prime Minister’s Office. Whether the Minister’s are old or new, educated or uneducated, it wouldn’t matter much if this really is true.Many memes were made about it.Showing the old Cabinet and the new Cabinetwith only Modi’ ji photo everywhere.

For this reason, several people had also said that it doesn’t matter how new is the engine of the car or how good the tires of the car are, or how great the model of the car is, how well the car would run, depends on only the driver. And if the Prime Minister is going to be the driver of the car, then there might’ve been no real change.

I genuinely hope that things change for the better in the future. But only time will tell what will be the changes. I hope you found this blog informative, friends.

Let’s meet in the next blog.

Thank you very much! 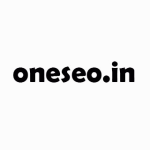 2 thoughts on “New Cabinet vs Old Cabinet of Modi Government – Good or Bad? -The Review”

Who is responsible for RCB IPL match LoST :Virat kohali or AB deviliars – RCB vs CSK

How to get traffic on you tube video in one month ?

New Cabinet vs Old Cabinet of Modi Government – Good or Bad? -The Review

Rana Kumbha: Rajput rulers who never lost, but…his own son killed him ….Know what was the reason .

How can you earn two million dollar by applying 200 dollARS ?